Every year, the highlight of my summer is my visit to Ladakh. In the first two years of my volunteering, I had the opportunity of interacting with and teaching many amazing children across four beautiful villages in Leh district. This year, I was lucky enough to be 17000 ft Foundation’s first volunteer in Kargil district. My association with Kargil began a few months earlier when I started fundraising to help 17000 ft foundation in its mission to extend its library program from the Leh District of Ladakh to Kargil district.

Many travelers stop overnight in Kargil town, en route to their final destinations, but few remain long enough to discover and understand Kargil. I was told the story of how a senior government official greeted the founder of 17000 ft’s plans, to bring libraries to Kargil, with astonishment because, as he put it, the road for most NGOs ends at Leh.  I for one, am glad that my road of discovery led me beyond Leh, all the way to Kargil.

My experience in the small village, of Kargil District, called Lankerchey Thang was unique and special, but it retained the essence of my Ladakh experience, and I hope that I get this amazing opportunity again because I came back a kabaddi1-playing, paper insect-making, and much happier person.

Kargil is a bustling town with the Suru River flowing through it. Reaching Kargil is quite a task (but it is a significantly more humorous one if you are in the company of one of the extremely entertaining cab drivers and their unique taste in music), and after an eight hour long drive you would first be able to view the city in all its busy glory. From a distance it appears a vibrant shade of green, and if you arrive with the rains, the sky is usually a gentle blue-grey, mimicked by the hue of the rapid water of the Suru River that lies below it.

When I saw Kargil from the window of the 17000 ft office, the first thought that came to my mind was that this was the most beautiful city I had ever seen, followed shortly by the pertinent question: why is Kargil not a tourist spot like Leh or Zanskar? I was soon told that Kargil’s distance from Leh city, and its history of war and unrest, were two of the primary reasons behind people not staying in the city for anything more than a night. Kargil was merely a transit point between Leh and Srinagar or Zanskar. The children in Kargil district’s schools had never been exposed to volunteers who brought their own little part of the world with them. The children of Lankerchey Thang too were untouched by anything outside of the little village that they had always known.

We arrived at the school in Lankerchey Thang on a sunny morning with large boxes filled with sketchbooks, pencils, sharpeners and erasers, and we watched the children arrange themselves into lines across the field, avoiding the puddles left behind by the rain that had greeted us the night before. The children buzzed with a quiet anticipation about the strangers that had come to teach them about stories they had never read; some smiling behind their new sketchbooks, some staring in wonder at this party of alien people that had suddenly sprung themselves on their routine morning assembly. 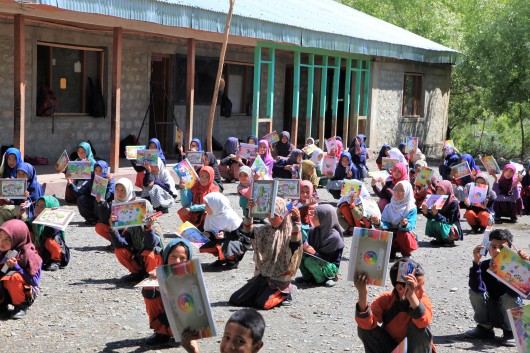 In the village of Lankerchey Thang, in the Kargil district of Ladakh. Summer of 2017. 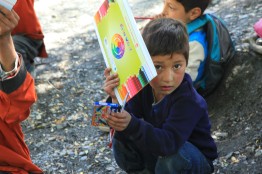 In the village of Lankerchey Thang, in the Kargil district of Ladakh. Summer of 2017 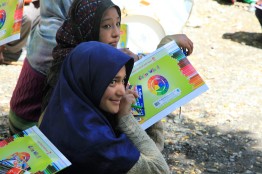 In the village of Lankerchey Thang, in the Kargil district of Ladakh. summer of 2017

Part of me felt worried about whether I would be able to get these children to open up to me like the other children had in my previous visits.

In every other school I had visited, someone had laid the foundation for trust already, but here I was the person to whom this job had been entrusted. It was only when I stepped into the classroom full of beaming faces and began to teach that I knew that I was exactly where I was supposed to be, and there was nothing that could bring us together better than a trusted round of “Head, Shoulders, Knees and Toes.”

I watched as even the smallest of the children sang along and bent over to touch their toes, and I knew then that Lankerchey Thang would bring me as many amazing memories as every other village I had visited so far.

During my visit, I helped set up one of the 33 libraries I had fundraised for, and this library, with its treasure store of books, was a place of great curiousity for the children, most of whom had never read a storybook in their whole life. Some of the children even stayed back in their lunch breaks to read with me in class, stating that their hunger was satisfied in this exchange of stories. It was overwhelming to see the impact these books had on the children, who would gather around the library everyday and look at the new books, and gather around me every morning to ask for new stories. 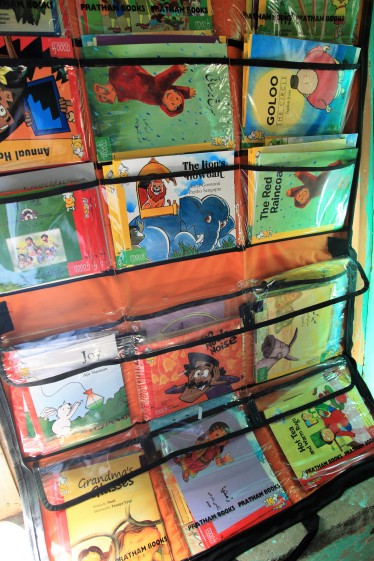 Fundraised and setup in the summer of 2017. 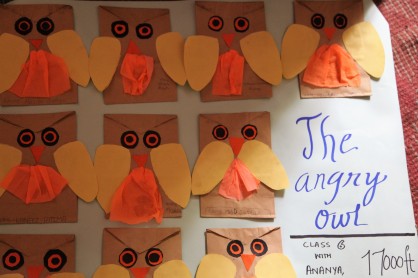 Art and Craft after storytelling in the village of Lankerchey Thang, in the Kargil district of Ladakh. summer of 2017. 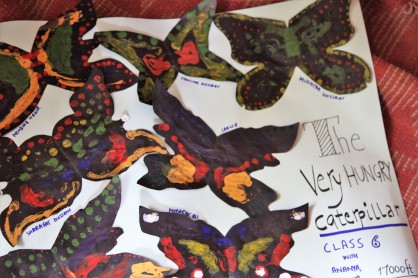 Art and Craft after storytelling in the village of Lankerchey Thang, in the Kargil district of Ladakh. Summer of 2017.

I made the best of friends through our sessions of storytelling, and together we visited worlds of very hungry caterpillars and very angry owls, before bringing them to life through our paints and folded paper endeavours. Walks to and from school consisted of stepping aside for puddles created by the incessant rain, and days at school usually consisted of children tugging at my arms as I tried to decide which class to teach, and lunch breaks of enormous circles of girls singing an Israeli song I had mistaken for Ladakhi back on my first trip.

Kargil for me was another beautiful version of Ladakh, so similar to what I had already experienced, yet so unique in every way. My stay at Lankerchey Thang taught me so much about life and myself, about how to appreciate every story I read and every hand I hold, about how smiles can hold worlds of love, and above all else, how Ladakh and every child in it is a blazing flame waiting to shine through one day.